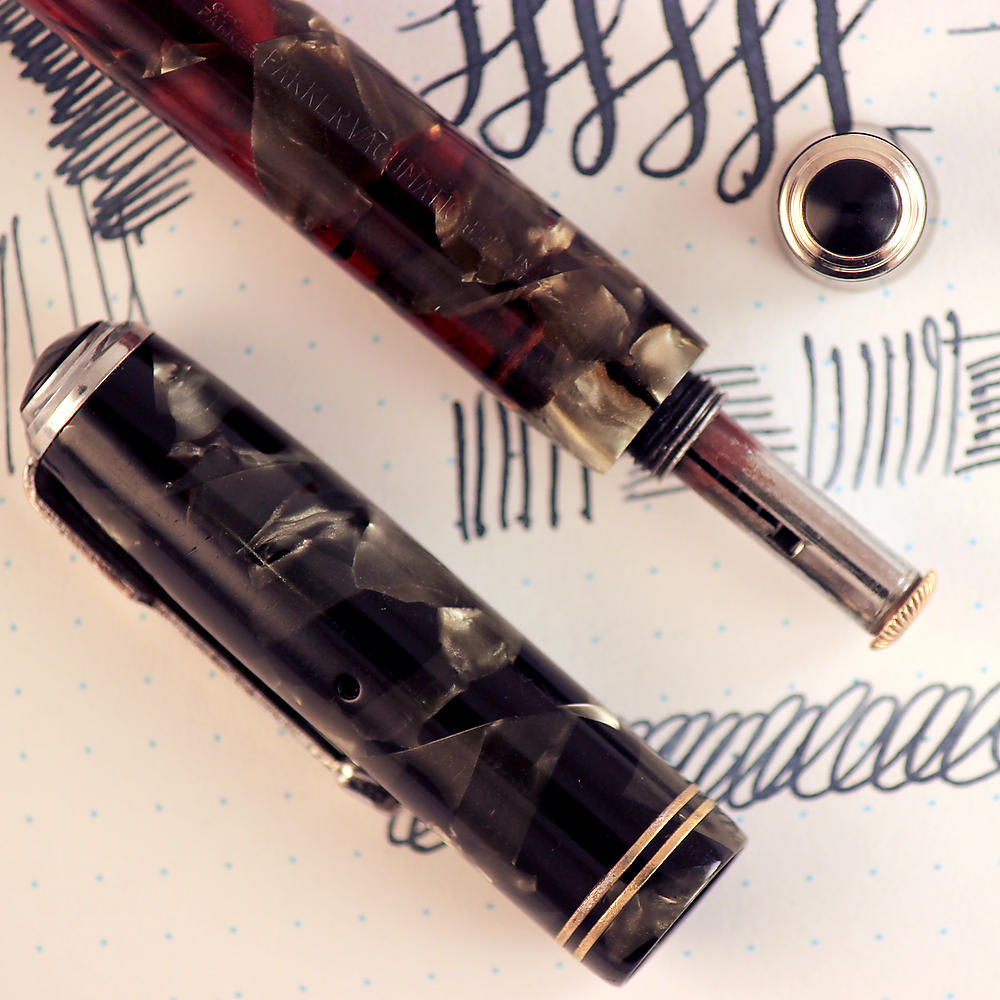 These instructions work for any Parker fountain pen that has a Vacumatic filling mechanism. This includes the Vacumatic, “51”, some Duofolds, and possibly some other models that aren’t in my knowledge bank yet.

Filling a Vacumatic is pretty straightforward.

The Vacumatic filling system was designed to fill up the pen with as much ink as possible with minimal effort. One side affect of this design though is that removing ink from the pen is somewhat difficult if you want, for example, to change ink colors when you pen is still half full of ink. Depressing the plunger over the ink bottle won’t necessarily empty the pen of ink. On some pens, if you depress the pluger slowly, it will push ink out several drops at a time. This doesn’t work consistently though.

Another option is to flick the pen over a sink BUT THIS IS DANGEROUS!!!. I’ve done this before, but it is a disaster waiting to happen. Eventually you are going to hit the pen against something when you flick it and you’ll end up ruining your nib.

Another thing that works well is to stuff a wad of paper towel in the end of a long sock, insert the pen so the nib is nestled in the paper towel, and then twirl the pen. If your pen is full of ink instead of water (from cleaning), then you may fling ink droplets around so either do it outside or flush the pen first so it is mostly water inside.

Cleaning the pen is a matter of flushing the pen with water. You should do this every time you are changing ink color or if your pen is going to sit unused for awhile. To do this just take it to a sink, fill a cup with cold water, insert the nib end of the pen into the water, and depress the plunger until the water runs clear through it. When I do this, usually I pump it until the remaining ink is obviously diluted. Then I empty the pen using one of the methods listed above. Then I refresh the water and repeat the process until their is no evidence of ink coming out when I depress the plunger. Then I empty the pen of water using the methods. I usually then let it dry, uncapped.